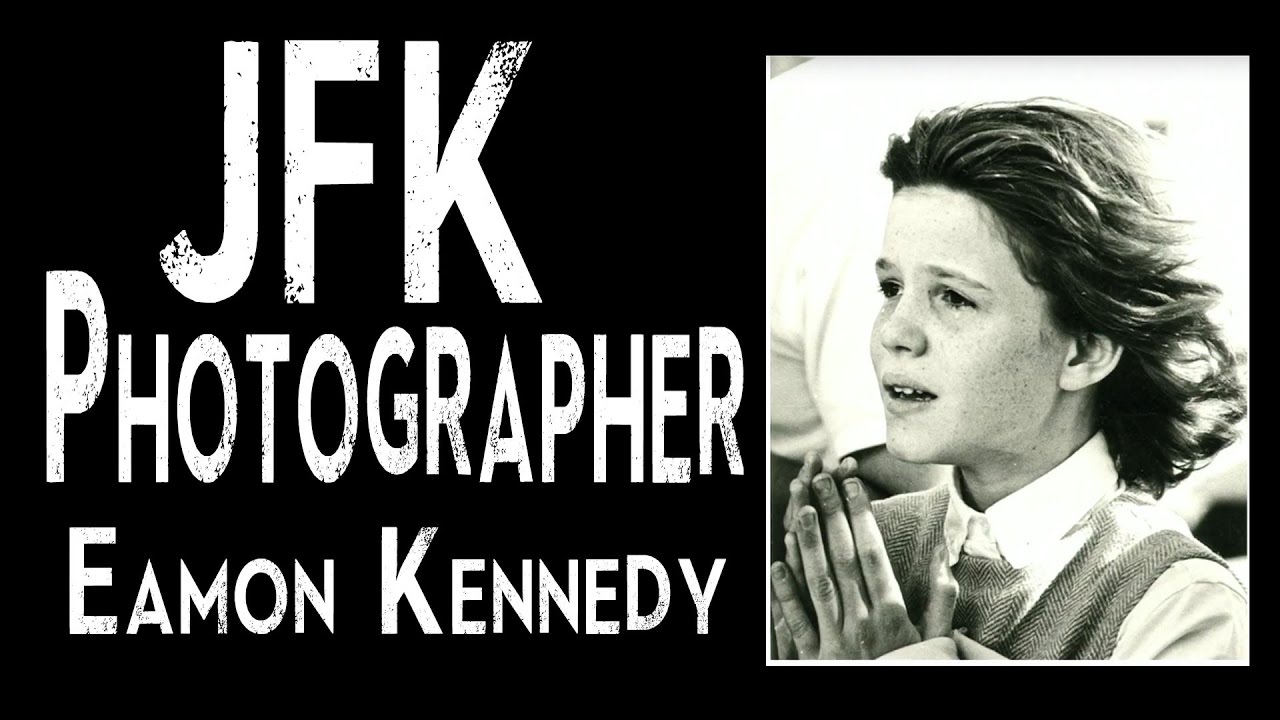 During cruising you sometimes come across things that make you wonder if the above statement is correct.

During check in you meet people who greet you cordially and ask you amicably how it is nowadays. “Do we know you from the Rotterdam or the Prinsendam?” We asked them nicely. The answer turns out to be: “both ms Rotterdam and ms Prinsendam”. Turns out, without knowing it, that you are on a cruise three times in succession with the same couple. That happens once. That certainly looks like a coincidence. But then again, on a complete other cruise we met another couple. "Hello, nice to see you again." Was it the ms Volendam or ms Maasdam? Well, it was the ms Volendam and the ms Maasdam and now the ms Prinsendam. Coincidence? But on a seaday at the ms Prinsendam, walking around in the special polo of “Vereniging de Lijn” with the old logo inclusive the “Halve Maen”, you will be approached by various people who are also members of the Association “Vereniging de Lijn”? Coincidence? Could be. Each one with his own history with Holland America Line. Mostly a real interesting story. Nice to hear all those stories. Should it be possible to arrange something together?  Of course. But someone has to arrange something. Maybe a dinner together? Would be nice. Can you arrange? The Hotel Manager also finds it a nice idea to organize the dinner we propose with the whole group. That is why the “Captains table” is released one evening and we are sitting at the table with ten people, all with a HAL background. The Dining room manager also found it curious and asked everyone about his background at the HAL. Two people with a sailing background and three from the Holland America Line office. Inclusive the partners it made ten altogether. Afterwards, photos were made with the Prinsendam painting in the stairwell. A few other people happened to see this very nice dinner and they turn out to be members of the Association. But they were too late for this dinner. The cruise was almost done. Mostly we take the late dinner at 8pm and always the same table with the same fellow-passengers. Mostly they put same nationalities together, but in this case at the ms Prinsendam, the fellow-passengers on our table were Americans. But also with a lot of cruise experience with Holland America Line. They had all made many cruises with the Line before, even on the old ss Nieuw Amsterdam and the ss Rotterdam. They remembered that in the past it happened that an officer were joining dinner at their table. Can that not be arranged again? Of course. Who should arrange it? Yes, they thought, the one with the most and longest experience with the company. Therefore again to the Hotel Manager. He also thought it was a nice idea. So on the last night of the cruise we were in the dining room with a naturally Dutch 3rd mate. After exchanging pleasantries and the question of where you come from, he turned out to live five blocks away from ourselves and we know half his family. Coincidence? You say it

(see further below the photos) 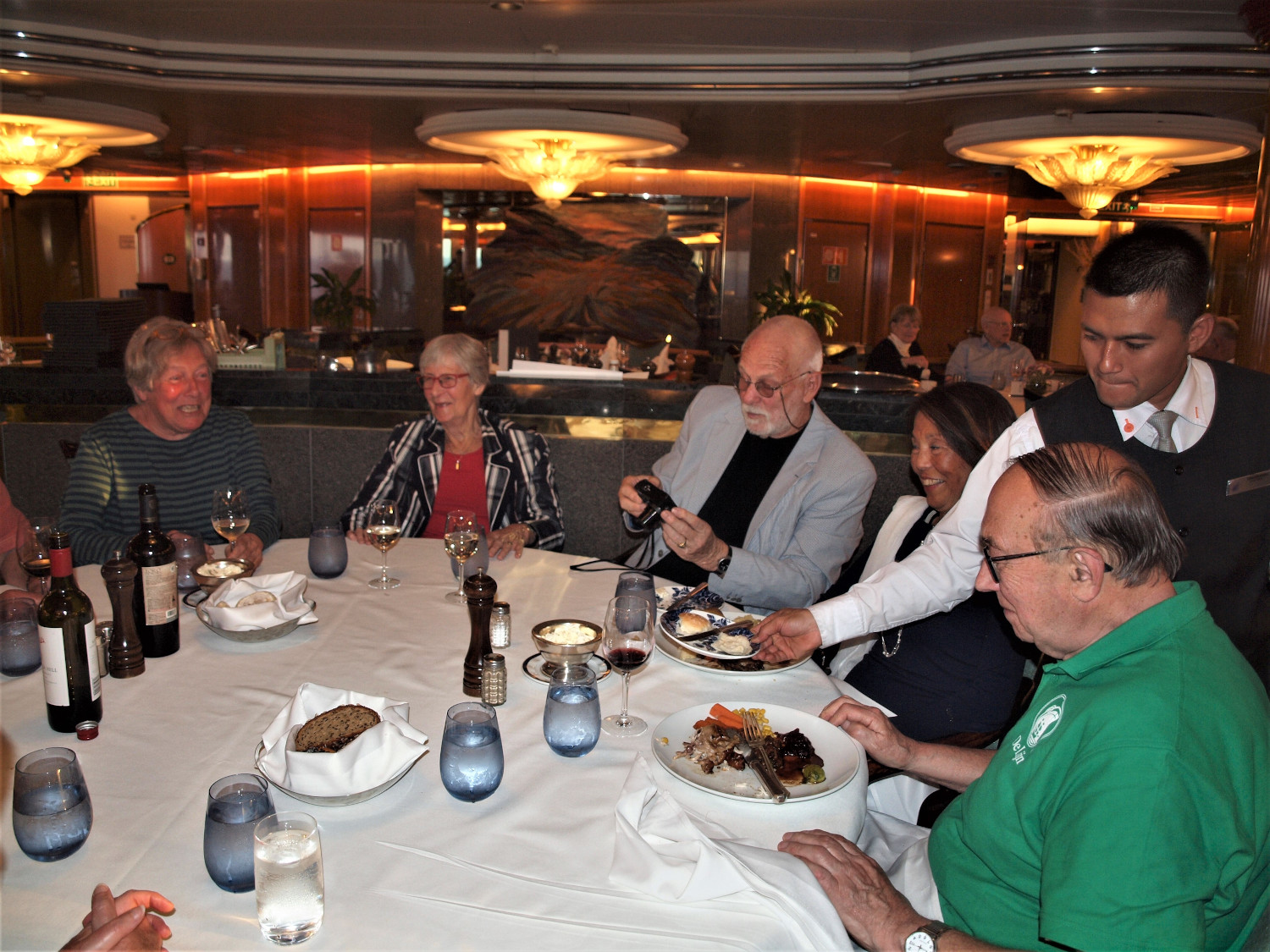 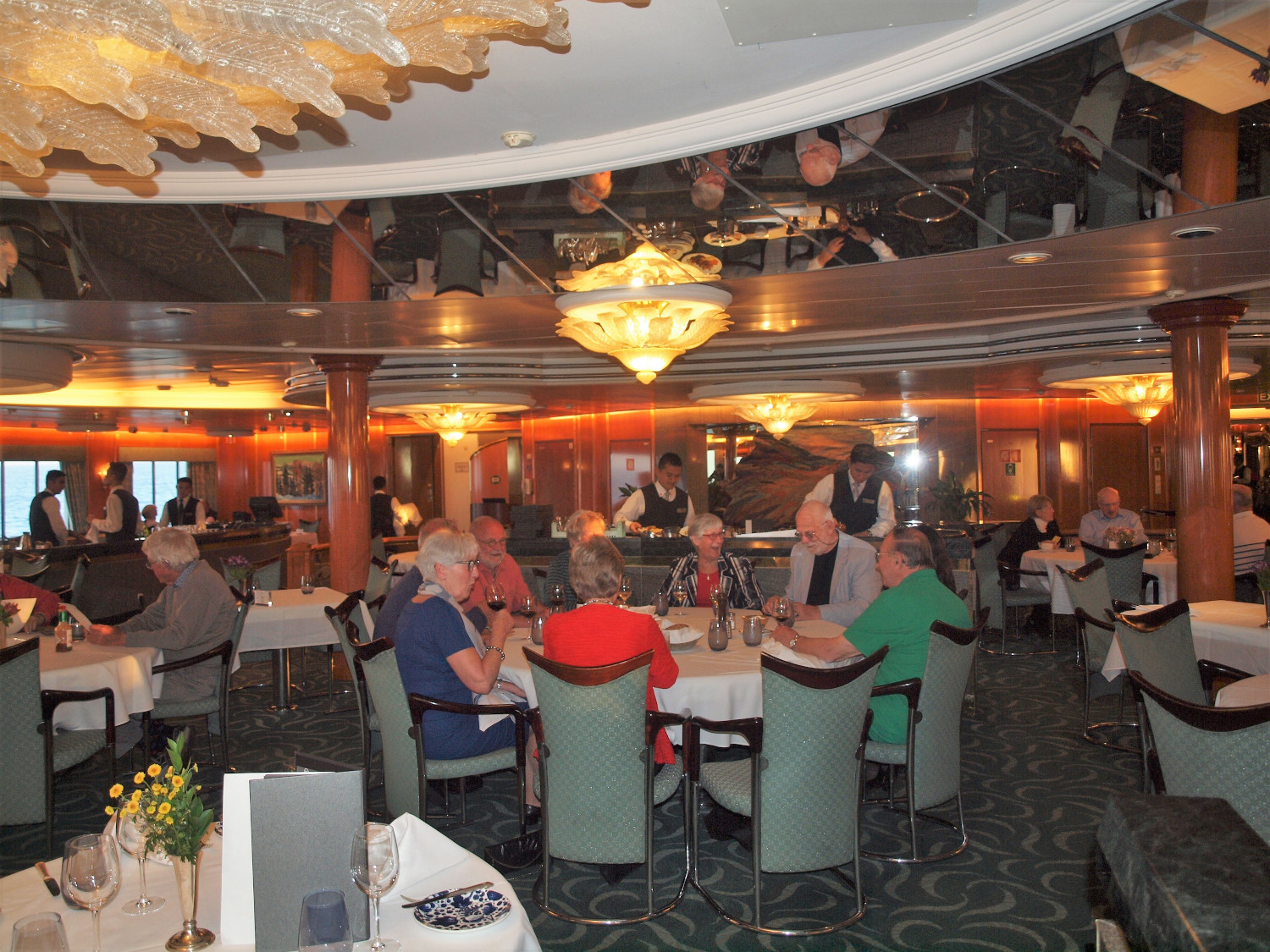 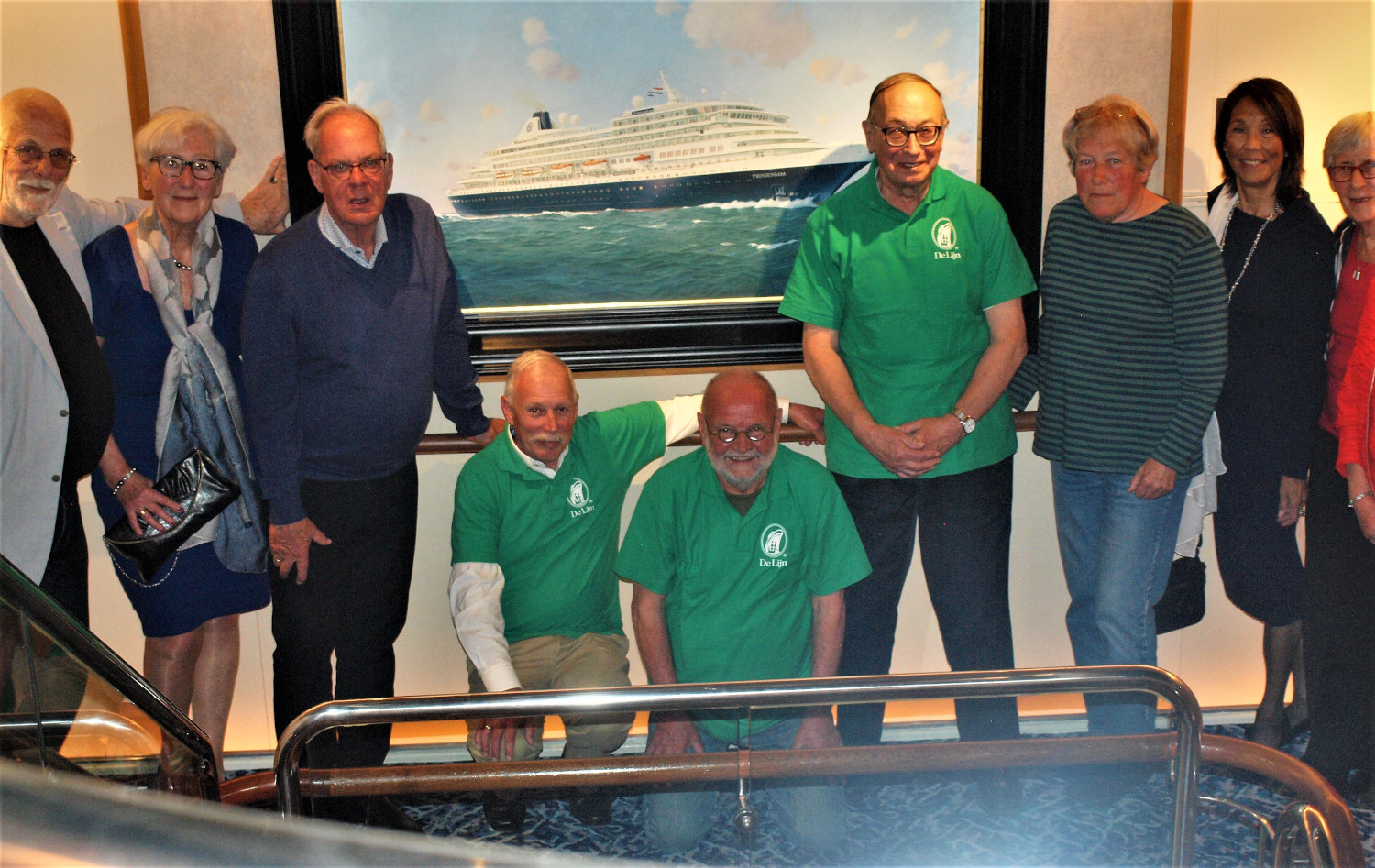 But we experienced the most accidental thing on the Maasdam in February / March of 2019 on a cruise from Singapore to Hong Kong and back. After departure from Harbor Front in Singapore, along Sentosa Island and the beautiful and characteristic Marina Bay Sands towards Kuantan in Malaysia and further to Laem Chabang in Thailand, Sihanoukville in Cambodia, three ports in Vietnam to Hong Kong and via Vietnam back to Singapore. There was a very nice Cruise Director on board. Her name was K.K. Robbins, call name KK (KayKay). On February 27, 2019 we had an overnight stay in Halong Bay, Vietnam. That evening she is on stage at the Showroom at Sea for an announcement while that morning in misty Halong Bay she did not know what to announce. As always, she first starts by asking how the audience had experienced this day. Despite the fog, almost everyone was positive. But after that she does not start announcing the performing artists, but starts a completely different remarkable story. She starts telling about November 22, 1963. Certainly with American passengers, this is a shock because this is the day that President J. F. Kennedy was murdered in Dallas, Texas. Cruise director K.K. and her meanwhile deceased mother, Kathey Atkinson are also from Dallas. She goes on to say that she does not know why she would tell someone the unreal story about her life and that of her mother one day a few days earlier. In her seventh year as a Cruise Director with the Holland America Line, she asked herself how things should go with her life. She came all over the world aboard a cruise ship, but hardly any time to see anything of it. She showed some people copies of the Dallas Times Herald front page of November 23, 1963, showing a tearing 12-year-old girl outside Parkland Hospital who responded to news about the president's death. The iconic image made by photographer Eamon Kennedy would symbolize the collective grief of the United States. The girl in the photo, Kathey Anderson, was her mother.

A few days later she was checking her emails when the two photographers, Paul Hill and his business partner Maria Falconer, who were also present when she told the story about her mother, knocked on her door excitedly.

"We spoke to someone you would like to meet," they said. The two photographers hurried with K.K. to the Dining room where KK was introduced to a man in his eighties: Eamon Kennedy, the photographer who had "captured" KK's mother in a historical photograph. Robbins felt the cold shivers glide through her body.

The photographers also had the opportunity to dine in the dining room that evening. During dinner they got into conversation with the people at the next table. The photographers asked about the man's career and found that he had worked for a newspaper in Dallas. Well, that's a coincidence, Hill said, noting that K.K. Robbins, the cruise director of the ship, also came from Dallas. He even said that she had recently spoken about how her mother had been the subject of a front-page image after the JFK murder.

Hill asked the man: Were you there then? Do you know the photographer who made it?

"Yes, that was me," Eamon Kennedy replied. "And you are talking to him."

The following evening, K.K. Robbins us this remarkable story in the Showroom at Sea, after which Eamon Kennedy also came on stage.

Eamon and his wife had been interested in the Maasdam cruise for a year, but only booked three weeks in advance.

He said the following:

It was November 22, 1963, and the 29-year-old photographer from Dallas Times Herald was worried about the dark clouds above his cameras as he and reporter Bob Feley prepared for President Kennedy's arrival to Dallas Love Field.

The Irish-born photographer had settled in Texas in 1962 after moving to the US. He wanted to see the country and bought a bus ticket from Miami to San Francisco. But after he reached icy roads in Alabama, he decided to make a stop in Dallas. Days later he found a job at the Dallas Times Herald.

Now he was here, during the president's whirlwind visit. The sky cleared up just as Air Force One entered and thousands of people waited to see the president.

Then the Times Herald duo had lunch in a nearby Chinese restaurant, for the task of reporting the President's departure from Love Field after a few hours. A waitress rushed over and told them that Kennedy had been shot.

The two went to Parkland, where Eamon Kennedy went to the emergency room. When he heard the murmur of the president's death, he went inside but was rejected by Secret Service agents and photographed vice-president Lyndon B. Johnson running out of the side door.

Eamon Kennedy moved to the small lawn outside the ER, where dozens of people were anxiously awaiting news about the state of the president. An officer announced that the president had died and Eamon Kennedy began to take selective pictures, withheld from the reality of pre-digital camera era.

"You can't just keep shooting like you can today," recalls Kennedy, who lives in Plano with wife Louise. "The roll would be full at a crucial moment. You have 36 shots and then it's over." He pointed his lens at the crowd. The girl, he says, was just a sight in the crowd; he didn't even get her name. He later submitted the photo to his editors with half a dozen other prints for possible publication, not thinking it was that special. Instead, the image of the desperate young woman, hands joined as if in prayer, would appear on the front page and be published around the world. "It captured what the nation felt," Robbins then says. "And more importantly, what Dallas felt." "The photo became not only a symbol of the grief and shock of America, but of the whole world."


A few days later, a woman and a girl were looking for multiple copies of the November 23rd edition, which was noted by the then editor Vivian Castleberry. When Castleberry asked why they wanted so many, Wilda Atkinson replied, "That's my daughter on the front page." "That's how we found out who she was," says Eamon Kennedy, who would be photographed with Kathey in a story that Castleberry wrote shortly after he introduced the 12-year-old to the world. At Eamon Kennedy's house in Plano, the former photographer of Dallas Times Herald showed a photo of himself with Kathey Atkinson from the 1999 book by Atkinson, Grief of a Nation: Kathey's Story. In the following months, Eamon Kennedy would photograph the trial of Jack Ruby and the widow of Lee Harvey Oswald, Marina, but no image ever had as much lasting power as his photo of Kathey Atkinson. For a girl who turned up in a tweed sweater who had skipped school to greet the First Lady and the President, it would bind Kathey to the Kennedy's forever. Sixteen years later she would be invited to the dedication of the John F. Kennedy Presidential Library in Boston, where she sat behind Jackie Onassis. Atkinson loved her connection with the Kennedys and also brought that pride to daughters KK and Katrina, even as they grew apart.

Atkinson left Dallas in 1991. Eight years later, she published a book about her childhood experience called Grief of a Nation: Kathey's Story.

Kathey Atkinson, whose tears became a symbol of the nation's grief over the death of JFK, dies of cancer at the age of 61 on May 1, 2013.

The photo of Eamon Kennedy is published worldwide, however, as far as we can check in the digital archives of the Dutch newspapers, not in the Netherlands.

What if? What if Robbins never told her story? What if the two photographers had not been there? What if they had not sat next to the Kennedys during dinner? What if the Kennedies had not made the cruise? "It was an incredible coincidence that all these things happened," says Kennedy. "And here we were 55 years later, roaming the South China Sea." For him this was a demonstration of the lasting influence of the photo which was both creepy and confirmation of the legendary flourishing of his career. The moment was very emotional for Robbins. The mother's sudden death chased her with a feeling of unfinished business. K.K. and her sister have meanwhile visited Eamon Kennedy and his wife in their Plano house, where the photographer presented signed copies of the image. "I am a believer and that things are meant the way our roads eventually go," says Robbins. "So for me this was just a confirmation that I was exactly where I needed to be. We knew in that second that it had to happen." Coincidence? You say it. 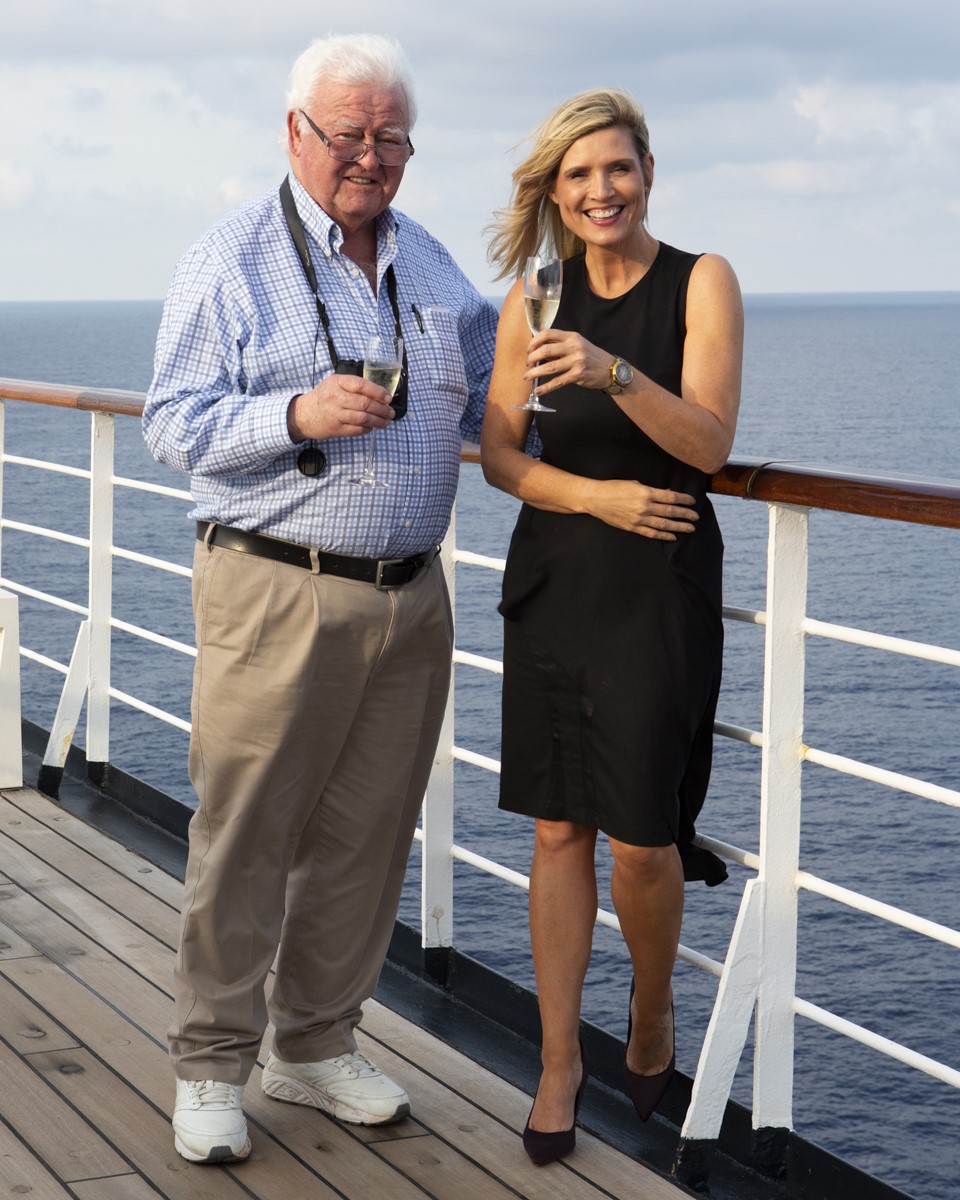